Palito passes away at age 76 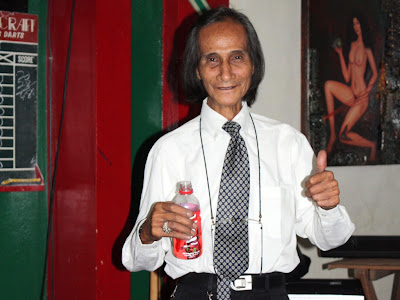 Palito, Reynaldo Hipolito in real life, died at 7:05 a.m. at the Philippine General Hospital (PGH) in Manila after suffering complications from lung problems.

His son, Jhune, said his father was scheduled to undergo a CT scan in a nearby clinic along Taft Avenue in Manila.

A few minutes before they were to leave PGH, however, Jhune said Palito complained of severe pain. A few hours later, Palito was declared dead, the son said.

Palito was rushed to the Imus Family Hospital in Cavite last Tuesday after complaining of severe stomach pain.

Jhune sought the help of his father's celebrity friends, saying the family was in dire need of assistance to finance Palito’s hospitalization.

In a text message, Palito’s youngest son, Kent, thanked all the people who helped and offered their prayers.

Palito’s remains will lie in state at Funeraria Floresco in Pedro Gil in Manila.

He is survived by his wife and 5 children.

Born on Sept. 4, 1934, Palito was best known for his comedy films “Ram-Buto” and “Jones Bone,” which were spoofs of Hollywood characters Rambo and James Bond.

In the beginning, he was cast in straight action films. But because of his thinness, he was groomed as a comedian. His corpse-like mien and zombie look, more often than not, landed him comedy-horror characters.

Life has never been the same for the Hipolitos when Palito became sickly.

After the Hipolitos sold their house in Pacita Complex in San Pedro, Laguna some 6 years ago, they moved to Imus, Cavite for a smaller place.

Except for his older brother Arvin, who still resides in Laguna, Jhune said his mother and siblings are staying in a low-cost housing subdivision in Cavite. -With a report from ANC

Thanks to Jesus Manuel for the update. 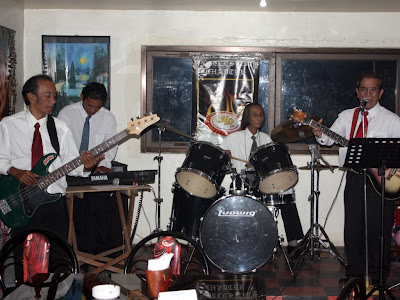 There was a bit of talk about this on Dvdmaniacs and I'll post it here since I'm positive neither Nick nor Andrew will mind. It's just terrible when people try and exploit other peoples' bad situation to get a few bob. :-(

Nick Nicholson:
Evidently, a certain Flor who is the Manager for Rivermaya (local band) had posted a cellphone number for people to contact if they wanted to help. There were a lot of text messages, but no help. Other people were trying to scam people. Sad! so very sad!

Andrew Leavold:
F**kin' scumbags! Filmmaker Khavn de la Cruz is organizing a screening of footage he shot of Palito drumming on an elaborate drumkit made of garbage, and is donating the entire proceeds to Palito's family. Khavn I know, at least HIM I can trust. The event's on Fecebook: http://www.facebook.com/event.php?eid=113679525317040

Every time I saw Palito around Quezon City I'd always buy him a cup of coffee and help him out with taxi money - 100 pesos here, 200 there, maybe 500 if he was really hard up. He was literally on the bones of his arse, and STILL other actors would gossip that Palito secretly had a large payout from a production company, and was secretly hoarding everyone's handouts.

I remember the happiest I ever saw him was when I gave him a DVD-R of No Blood No Surrender. He hadn't seen the film since the 80s (he claimed to not own ANY of his films), and had never seen himself dubbed into English. He was a very sweet guy, generous with whatever meager resources he had, a VERY talented conga player, and I'll miss him a lot. Quezon City won't be the same without his wandering bag o'bones.

Labels: a: updates, No Blood No Surrender