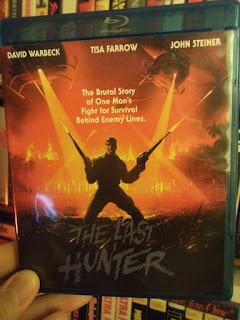 Antonio Margheriti's THE LAST HUNTER is without a doubt one of my favourite Vietnam War flicks from the Philippines. Well, from any country actually. I rewatched the film recently on the cool reg. 1 DVD from Dark Sky that I bought a couple of years back. The presentation was as awesome as I remembered it. Cool picture quality, anamorphic letterbox and cool extras. Well, I've just got hold of Code Red's blu-ray (that came out in 2016) and it basically blows the DVD out of the water! The picture quality is that good! 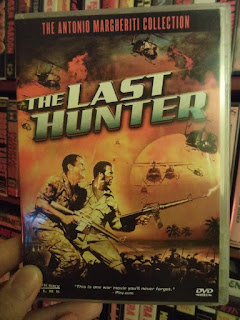 THE PLOT. David Warbeck's character is an ex-draft card burner who's now fighting the Viet Cong in the Vietnam War. He gets assigned to go deep into territory behind enemy lines to blow up a radio transmitter. To help him on the journey he hooks up with a group of badass tough guys, Tony King, Bobby Rhodes, Edourado Margheriti (Antonio's son)  - and a female reporter that they're assigned to escort thru the jungle. She's played by Tisa Farrow. And yeah she's Mia Farrow's lesser known sister. She was also in a few other legendary Italian genre films among others ZOMBIE FLESH EATERS (Zombi 2) and BLAZING MAGNUM (Una magnum special per Tony Saitta). According to Wiki THE LAST HUNTER was her last film. She's dubbed in the film for some reason.

Anhoo, the road thru the Viet Cong jungle is paved with death and gore (old-skool practical effects fortunately!). At some point they make it to an American division located in a cave in a mountain. The commander is John Steiner who is always great fun to watch in Italian genre films (the blu-ray has a new interview with him and Tony King). At some point the cave is attacked by the evil VC but Warbeck's character makes an escape. He thinks his friends are all dead but, well, that would be a spoiler if I told you. Enough plot details. THE LAST HUNTER is full of shootings, violence, gore, and action. 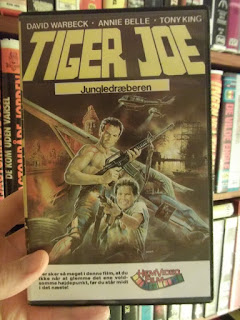 Margheriti made two Vietnam War movies that star Warbeck (he made more than two Vietnam War flicks but, alas, the rest sans Warbeck). The other one is TIGER JOE which, unfortunately, hasn't been released on neither DVD nor blu-ray (the fully letterboxed Japanese VHS is currently the best release anywhere). THE LAST HUNTER is the better of the two films, though.


I highly recommend the new Code Red blu-ray but if you either stumble over the Dark Sky DVD on the cheap - or you just have money to burn I highly recommend you get hold of the DVD as well as it has a pretty good doc presented by Antonio Margheriti's son Edourado Marghetti. Filipino film regulars Jim Gaines and Ron Kristoff are also in the film but uncredited.

PS: John Steiner is now a real estate agent in California. Check out his website here.

THE LAST HUNTER played in Denmark as "Junglebrigaden". 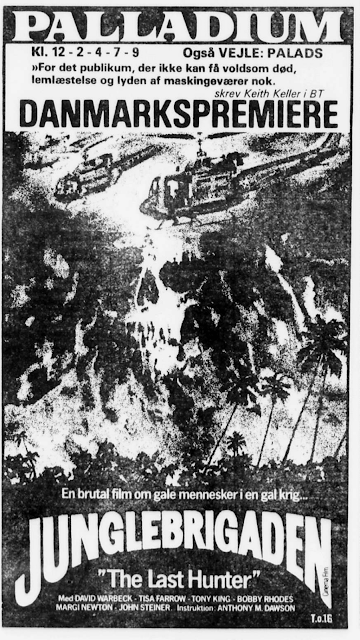